Well, yes. That’s partially true. Some people who practice meditation do it for the silence that will allow for you to become closer to the spirit (whomever you think that is). Some people pray or chant prayer type mantras, etc.

The truth is that you can be a selfish louse and still become a meditator. For many years, being a person who wants to learn the proper techniques in any practice, I’ve studied many techniques used by different groups, and found that personally I was nothing like, nor did I believe in their specific doctrines. Zen meditation became the most comfortable for me because all that it requires is that you follow your own breath.

Once proficient, people were asking me if I was a Buddhist. Actually, I had studied yoga extensively, so I was aware of a variety of ancient writings and teachings that believe in love and non violence. The problem is that I was looking for a hero, when, in fact, a perfect hero isn’t out there for me.

Raised Catholic, I left the church many years ago because of the scandals that frankly, I couldn’t forgive. When I delved into the history of Siddhartha or Buddha, I discovered that he had left his wife and child to go off on his own to become enlightened. His wife was devastated. She eventually became a Buddhist nun, but their marriage was no longer. Some think that this was a non event, but sort of changed my feelings about that doctrine.

I continued to meditate by sitting quietly and not trying to find a specific reason or purpose, just sitting quietly. I learned to practice Qi Gong which is a Chinese practice that requires focus and is a form of moving meditation. I do it because it allows for me to stretch and breathe so that I will be more centered and flexible, nothing more.

All in all, what I have discovered is that yoga and meditation may have originally been based on ancient practices and doctrines, but today all people can improve their health by taking some time to chill, lower their blood pressure, and have a clear mind for whatever self improvement can be manifested.

To believe that meditating or practicing yoga will threaten your belief in God or change your spirituality in any way is preposterous. While researching for this writing I found a Christian based blog based on this type of propaganda and I feel the need to pass it on.

The blog belonged to someone who is the pastor or church leader.  The blog had some other indications (like the name of it), so that’s how I concluded this. There was a query from a parishioner who claimed the need to relax and stretch, but was afraid that by performing certain yoga postures, she may be performing something diabolical, or even betray her relationship with God. The response from the pastor was that yoga was originally designed to worship Hindu deities and that yoga is a fad complete with a clothing line, floor mats, DVD’s, Books, jewelry, and all kinds of other paraphernalia that will one day be balled up in the back of a drawer somewhere.

Oh, she must mean 5,000 years from now, as yoga is known to be around for more than that long.

Yoga postures are indeed designed to create strength. There are as many flavors of yoga as there are religions. Probably more than half of yoga class participants don’t know a darn thing about the Upanishads (historic Sanskrit writings). They go to class for the relaxation, fitness, and the company of people seeking the same. Yes, some people have studied the practices to a great degree and live their lives accordingly. So, what of it? If you go to a Dodger game most people are nothing like you but they like the way a baseball game feels. What of it?

As a fitness professional for over 40 years one thing that I can assure everyone looking for a stretching or relaxation program is that placing your body in a posture that feels good or makes you stronger will not lead you to the devil. This is such propaganda that I can’t believe it!

Your mind and body are your own. If someone in your yoga class says “ohm” you are welcome to say a prayer in whatever language or belief is yours. If you’re not comfortable even going to a class, call a trainer. If you contact a personal trainer and let them know what you need and what your fears are, I promise you that they will design a program that works just for you. One session. I promise.

Try This! This Is A Simple 10 Minute Qi Gong Meditation For Relaxation And Vitality

Although a very simple movement meditation, this qi gong practice is a powerful way to energize and relax. Try it, enjoy it. The only way to de-stress and relax is to try.
at August 09, 2018 No comments: 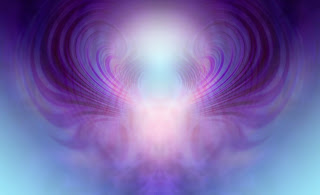 Vibration, whether riding in a car, or flying on a plane tends to put babies to sleep. That's because vibration touches every cell in the body.

An article found on rainbowvibrations.com explains how sound therapy is used for stress because it not only soothes our physical body, but our emotional body as well Sound can be used to unlock blocked emotions.

The Deepak Chopra Center in California has found that the sound of Himalayan Singing Bowls and Gongs are a beneficial part of their cancer treatments. They claim that the sound of the bowls are chemically metabolized in the body as the endogenous opiod which works in pain reduction.

Some known benefits of sound therapy are:

I'm only mentioning a few benefits, but along with these few are the additional benefits of better sleep, relaxation, better digestion, lower blood pressure and all of the things that come with stress reduction.

Lately, we've been experimenting with our own stress by hanging a tiny chime in the kitchen. When something stressful happens and one of us is uptight, we hit the little bell with the intention of changing the vibe. It works!