You Don’t Need A Handyman To Have GREAT Planter Boxes

In 5 bookshelves from the local thrift store I can grow enough vegetables to feed a family of 4 and then some! 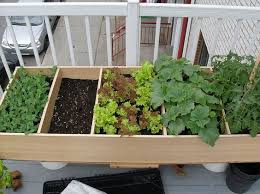 Most bookshelves are at least 9 inches deep to accommodate books with a few additional inches in the front. Most vegetable roots don’t need much more than that. Bookshelves with the shelves in or out make perfect vegetable, flower, and herb planters!

If you go to your local hardware store looking for large planters to plant veggies in, they run pretty expensive. I mean, you can spend a couple of hundred bucks on deep pots that are far more depth than you need.

Your local thrift store has old wood bookshelves for $10 - $20 each. The reason that I started buying them was because our ground was so hard and packed I would have had to hire a commercial excavator to get through it. Now, I have vegetables growing all over the place!

When you get the shelf home, you can leave the back on, or soften the ground under it, and lay the frame down with no back for deeper veggies like carrots.

Here’s a cheap and simple project. Go to the thrift store and buy a bookshelf that is sized to a nice area of your yard. Go to the hardware store and buy enough soil to fill the shelf, and some organic seeds. Voila! You have an organic garden. Flowers, herbs, or lettuce are great choices if you’re just starting out.

I give a lot of organic vegetables away during the summer months which means that ours and our neighbors vegetables are not trucked in from anywhere and are not pesticide riddled. Try it!
at February 18, 2017 No comments:

It's About Clean Food And Water

I can’t figure out why anyone would call global warming a hoax. Some call it a Democratic conspiracy to kill jobs. Why would somebody, or let alone an entire party making up half of the country’s people try to kill jobs, or lie about climate change?

Science shows that certain pollutants created by MANY polluting factors have caused the globe to become warmer. Factories, energy exploration, cars, and even cattle farming are only a few of these polluters. These climate changes that are taking place on our globe have changed the temperature and acidity of the oceans. Without regulation and working with the rest of the world, the pollution that many people of the world endure could be worse. I’m pretty sure that the “kill jobs” theory is a conspiracy of its own. The Trump administration is doing away with many environmental regulations in order to expand jobs through heavy gas, oil, and coal exploration. 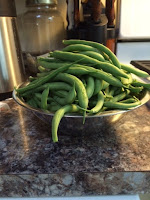 .
My conversation today isn’t about global warming or polluted air, it’s about our waters and the man made pollution that threatens them and the food and wildlife that live in them. Think about this; Our oceans grow food, they provide passage for ships that carry food and products, and they provide gems, jobs, and an economy of their own with fishing jobs, coastline resorts, and many food items for nutritional supplementation.

Our rivers and lakes provide fresh water for drinking, irrigating, fishing, recreation, and more. If you leave global warming out of the discussion, let’s just talk about the man made pollution in our waters. In recent years some fish in the Colorado river have come up showing characteristics of both genders. They say that drugs from urine that finds its way to the rivers do not break down in the water when run through sewage treatment. In addition, fish in commercial hatcheries are fed genetically modified food. Trash can be found on the shores of most American rivers. lakes, and the ocean, and the oceans around the world are filled with floating plastic that kills birds, fish, and other wild animals.

You don’t have to be a tree hugger to see the damage to our planet that is caused by man. You can be a redneck hunter and fisherman and I assure that you have seen the changes in your own environment with fewer animals to hunt, fewer fish to catch, and trash along the banks of the lakes and rivers.

Of course, I’d be irresponsible to write that “the sky is falling,” but it is a fact that water shortages are becoming more common, and many of the earth’s rivers and oceans are highly polluted with toxic waste. I saw a recent documentary that showed well drilling companies in California claiming to drill several hundred feet deeper than the past because the water tables are dropping.

Water is one of our most precious medicines. The disappearing water that we are consuming, bathing in, and growing our food with must be clean! Our organs rely on clean water! According to H. H. Mitchell, Journal of Biological Chemistry, the brain and heart are composed of 73% water, the lungs are about 83% water, the skin contains 64% water, muscles and kidneys are 79%, and even the bones contain 31% water.

The nominee for new EPA chief, Scott Pruitt, is against many of the EPA regulations regarding mining and the environment. He hasn't mentioned a word about environmental stewardship, and has sued the EPA over regulations in the past.  The Standing Rock Souix Tribe in North Dakota are fighting to prevent the Dakota Pipeline from going through their land. Although there was a temporary shut down, President Trump has signed an executive order to start the project back up and go under the Missouri River with the pipeline full of toxic tar sand. If this were to seep into the drinking water, all of the peoples water will be threatened. YES, leaks DO happen! They have asked respectfully to have their water and sacred land bypassed by the pipeline but to no avail. I pray for them every day.

I have lived in a part of Colorado where gas exploration has caused seepage into local creeks and drinking water aquafirs. Mostly, the gas companies denied being the cause.

Without clean water, we have no planet, no food, no civilization. Please write to your representatives to prevent the Trump Administration from capitalizing on our lives. There are cleaner forms of energy that are not a threat to our water and our food. If this administration were in touch with environmental issues they would have made clean drinking water in Flint, Michigan a first 100 days priority for the administration. Instead, they are building walls and hating while some people are still operating their homes and families on bottled water donated by others.

Please write to your representatives and to Scott Pruitt, the nominee for new EPA Czar, and tell them that environmental irresponsibility will not be tolerated by the American people. To confirm an anti environmentalist as the head of the Environmental PROTECTION Agency is wrong. It’s hateful. It’s irresponsible all in the name of job creation. Scott Pruitt has made a career out of fighting the clean air and water acts. There are plenty of clean energy jobs just waiting for people to fill them along with plenty of workers willing to be trained.

Please, stand up for your planet and the health and well being of our food and water. Tell your representatives to vote NO for Scott Pruitt! Your body cannot sustain without it.
at February 13, 2017 No comments: