The "Winner" Aint Nothing But A Bully

Email ThisBlogThis!Share to TwitterShare to FacebookShare to Pinterest
Labels: make love not war, Trump is a bully, Vote for anyone but trump

Help The People Of Flint, Michigan 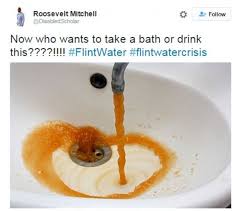 I’ve been through a violation of my drinking water in Colorado. We were just a bunch of ranchers that lived in an area where gas drilling got out of control. The air was polluted, and although the gas drilling companies denied that they had caused a seep that was bubbling up in the local creeks where our livestock drank, they delivered drinking water to us for over a year. Not only that, but they drilled and installed a meter for testing for methane near our crawl space. Now, that seems like a possible admission of guilt.

This type of violation happens in our country all the time. I truly believe that the economical class of people being violated has a lot to do with action or inaction. I can assure you that if this type of activity had happened in Aspen, not only would it have been rectified immediately, but the offenders would have been sued by the most expensive attorneys in the country.

I feel like the water pollution situation in Flint, Michigan is like another Katrina. The majority of people affected in Flint certainly don’t have the money to sue the city for their loss of quality of life or the loss of the ability to sell their homes and run. They are literally STUCK in a toxic lifestyle with their children. This is a travesty of justice.

As far as I know, the Governor of Michigan is still messing around with the budget to try to find the money to fix the pipes causing the problem. Again, let me re-iterate, this would not be happening in Aspen, New York, or LA where people would be suing the pants off of their local government.

As of today, NOTHING has been done to rectify the problem with bad water in Flint, Michigan. In addition, much of the drinking water that has been donated has been from other concerned citizens and not the local government. 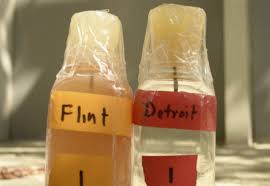 Something must be done! You can help your fellow citizens by harassing Governor Rick Snyder of Michigan. You can call, Fax, or write, but please do one of those things. Our neighbors NEED your voice to help them. Think about being in their position. NOBODY will ever buy their homes. They are stuck! Please reach out as if it was you. But for the grace of God, it could be you or me. This is wrong and the children of Flint are in danger of  long term health risks.

CLICK HERE FOR MORE INFORMATION ABOUT DONATING OR VOLUNTEERING
at February 17, 2016 No comments: