Our first meatless Thanksgiving was a vegetarian meal. As vegetarians, Al and I fell into our typical Italian kid food act. If there is a dietary loophole that we can abuse, we will. I think that for the first non meat Thanksgiving, we had a ton of vegetables with cheese and butter. We weren’t eating meat, but we were burying ourselves in fats! We had green bean casserole with Campbells cream of mushroom soup, breaded cauliflour parmesian, mashed potatoes with mushroom gravy, and probably some type of product resembling turkey. We’ve gone vegan since then and our diet has changed considerably and we think that it’s for the better.
Over the years, we have discovered many great recipes that have replaced the old ones, and there are many products that will aid in making a plain vegetable dish seem like a rich, gourmet meal. Here are some ideas to add to your vegan dishes.
Our Thanksgiving meal will consist of several items;
Burgers made of chickpeas, herbs and stone ground flour, smothered in mushroom gravy browned with Bragg’s Amino Acids
Mashed Potatoes creamed with tofutti
Green Bean Casserole with yellow miso, tofutti, and fresh herbs
Cornbread stuffing with celery, carrots, and yellow miso broth
Vegan lasagne made with squash, mushrooms, broccoli, and homemade chickpea ricotta, topped with sauce, olives, and nooch.
Homemade Cranberry / Orange sauce
Pumpkin pie topped with tofutti
We added the extra casserole to give ourselves the feeling of a feast, although we think that it will probably be lunch on Friday. Have a wonderful Thanksgiving, everybody!
at November 21, 2012 No comments:

Pu-Erh Tea, what a delicious treat!

I gave up coffee a about a month ago, and surprisingly, I haven't missed it. I really loved that cup of coffee back in the day. Although I had enjoyed a cup of Pu-erh tea in a cafe here or there, I never actually bought and studied it until recently. The benefits shown from drinking it include aiding in digestion due to it's fermentation, more antioxidants than regular green tea, and it is known to have an enzymatic activity that shrinks fat cells, as seen on Dr.Oz. Kenneth Cohen writes in The Way of Qi Gong that the tea promotes the breakdown of fatty or greasy food, and has been scientifically demonstrated to lower cholesterol. What a joy to enjoy the taste, and to gain the other benefits from this rich and smooth caffeinated tea.

Here is a link that gives extensive and credible information about Pu-Erh tea. I love the smooth natural flavor of this tea. You can buy it in bags from your local health food store, $8.00 for 16 bags (organic, fair trade, recyclable packaging, etc.), or your local Oriental grocery for $5.00 for 100. I have tried several brands, and really enjoy the Numi Organic Emperor's Pu-erh sold at Natural Grocers. http://www.pu-erh.net/
at November 12, 2012 No comments:

Taking Care Of The Planet

"No creature, not even swine, befouls its nest with such abandon as does homo sapiens ... Today, soils are tired, overworked, depleted, sick, poisoned by synthetic chemicals. Hence the quality of food has suffered and so has health. Malnutrition begins with the soil. Buoyant human health depends on wholesome food, and this can only come from fertile and productive soils."  Christopher Bird and Peter Tompkins from their work; Secrets of the Soil. 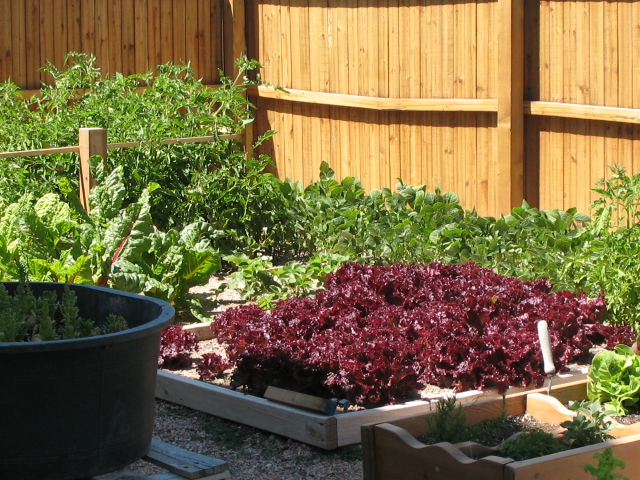 If you are interested in a healthy garden of your own, now is the time to research a compost system that will work for you. As the quote says, healthy soil is the key to healthy food. Start now. Even if you only have a deck for planting potted tomatoes, now it the time to get prepared for that wonderful planting season of spring. Even though we expect a ton of snow this year, my garden and soil prep is already in place.

If you read this blog, you might know by now that I am not a fake meat eater, rather a comfort food junkie. I can do without fake hot dogs and soy cheese, but I like my comfort meals. I like plain foods with a great sauce or topping. Last night I made this extremely fast mushroom gravy that was so delicious, I have to share it with you.

You will probably adjust the mashed potatoes according to your own choice of thickness.
First, saute sliced mushrooms in olive oil. Add 1/4 c Braggs Amino Acids (tastes like soy sauce), and salt and pepper to taste. Lastly, add instant mashed potatoes to thicken, and simmer for about 5 minutes. Voila!

Add this delicious gravy to baked potatoes, or add 1/2 cup of Tofutti Better than Sour Cream (and a little more black pepper, and add to noodles for a great vegan stroganoff!
at November 08, 2012 No comments:

Have A Cup Of Tea!

The first bowl moistens my lips and throat;
The second bowl banishes all loneliness;
The third bowl clears my mind of words and books;
At the fourth cup, I begin to perspire ---
life's troubles evaporate through my pores.
The fifth cup cleanses my entire being.
Six cups and I am in the realm of the divine;
Seven cups --- ah, but I can drink no more;
I can only feel the gentle breezes blowing
through my sleeves,
wafting me away to the Isle of immortality!

---Lu Tong, Eighth - Century Chinese poet, from
In Gratitude For A Gift Of Fresh Tea