Athlete Of The Year

I was an athlete when I was younger. I had sponsors. Free racquets, shoes, clothes. I didn't get paid to win, but sports companies would give me free stuff because I won racquetball tournaments on a top amateur level. I didn't really love competing, but my significant other had a Tiger Woods gig going, and I thought that if I was a top player, that I could keep the home team home, if you know what I mean. Although he never won a state, regional, or national championship, which I regularly did, he would consistently tell me that I wasn't an athlete ... like him. You see; "Athletes are born. They're natural. They don't have to work as hard because it's just natural." For years, as I won tournament after tournament, he continued to try to convince me that I wasn't really an athlete. I either won by luck, or because everybody else played bad. I might not have been a natural athlete, but I won while I was raising a small child, teaching aerobics, and managing a large athletic complex. Now, to my point;

This week, Tiger Woods was named the BET Male Athlete of The Year, and Serena Williams was named AP Female Athlete of The Year. Whoopie! Seems like the "Athletes" just became more elite than ever. I get it now. They're either "born" cheaters, or possibly "born" to lose it and tell a tournament official that you'll stuff a ball down their throat! It all makes sense to me now. This is why so many athletes fall along the wayside for bad behavior, drug addiction, and sex scandals. You're just "born" that way. You're special. We bow down to you. No matter how you behave.

I'm not saying that Tiger or Serena don't deserve their new designations, nor that they didn't work harder than me. I'm just saying ... If their behavior is what wins you the title of "Athlete of The Year," then my X was right. I'm not an athlete. Nor, will I ever be.
Posted by Kathy D. at 12:27 PM

you are a rock star and an athlete- your ex is just a sore LOSER so unworthy of an ounce of your awesome energy! I have a good friend that was a straight A student, graduated top of her class in med school, makes 6 figures while her husband barely had a high school diploma but he was verbally abusive & she let him control her - so sad when he was and still is the lamest piece of SHIT! 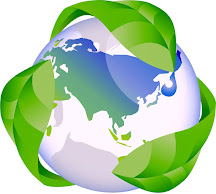 Kathy Duncan LMT has been a health and fitness educator since 1976. She has authored many articles, a lifestyle blog, and a book on horse fitness available at most bookstores and including a book called The Fit Horse Companion on Amazon.com
She is a Certified Personal Trainer, Licensed Massage Therapist, and Certified Professional Coach.
Kathy consistently develops and implements strategies for a holistic lifestyle and a healthier environment. She is particularly passionate about the earth's water supply as well as the human life, food, animals, and eco systems affected by the shortage.